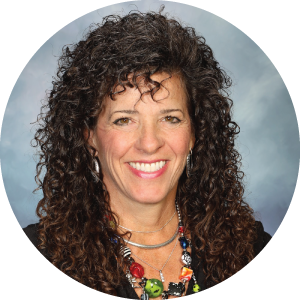 ROSWELL ROTARIAN OF THE YEAR, 2016

Debbie Baker Cwalina is the owner and founder of Creative Corporate Ideas Inc., a certified Woman Owned Business (WBE). She started her company in 1993 and has received recognition as a Top Woman Owned Small Business every year since 2005 (by DiversityBusiness.com).

In the Fall of 2014, looking for a place to make a difference, Debbie joined the Roswell Rotary Club. Inspired by the many programs that Roswell Rotary supports throughout the community, Debbie created and launched, along with co-founder Mike Schoppenhorst, the Be THE Voice® Campaign. Just a year after the idea was born from their own personal childhood experiences, Debbie and Mike implemented the program in 8 area schools. With the success of the program and her strong desire to get involved in the community, Debbie was honored to be awarded Roswell Rotary’s prestigious “Rookie of the Year” award in 2015.

Since then, the reviews the program has received from Principals, Teachers and Students have been overwhelmingly positive, allowing Be THE Voice® to spread it's message of kindness, compassion and inclusion to Schools across the state. Sometimes, all it takes is one kind word or act of compassion and things can change!

Debbie and her husband Pete, have two daughters, Nikki and Kasey. The whole family has participated and helped with the Be THE Voice® campaign.